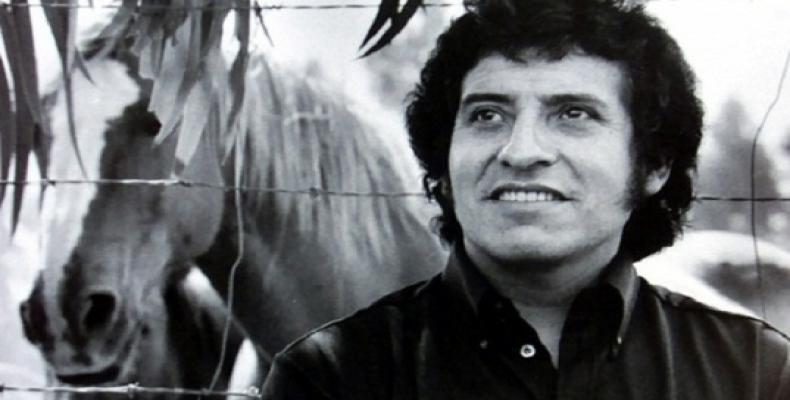 Miami, April 16 (teleSUR-RHC)-- A U.S. court in Florida has agreed to hear a civil case against the alleged killer of famous Chilean musician Victor Jara.

Jara was killed while imprisoned in the National Stadium by the regime of Augusto Pinochet shortly after the violent 1973 military coup that placed Pinochet in power.

Former Chilean Army Lieutenant Pedro Barrientos was indicted by Chilean courts for Jara's murder after statements by other soldiers identified Barrientos as the shooter. Barrientos currently resides in Florida and the Chilean Supreme Court issued an extradition request to U.S. authorities in 2012. However, they have not yet acted on the request. The civil case is being brought to the Florida court by Jara's widow, Joan, as well as her daughters, and is supported by the Center for Justice and Accountability (CJA), a human rights group that supports survivors of human rights abuses to achieve justice.

"It is nonetheless disappointing for our clients and all of us, that the court dismissed the crimes against humanity claim, because the killing of Víctor Jara — and thousands of crimes committed under the Pinochet regime — should be called what it is: a crime against humanity,” Bernabeu added. “We are nonetheless pleased that the Jara family is one step closer to having their day in court."

Victor Jara was a famous folk singer whose songs often dealt with the realities of Chile's working class. Jara was also a supporter of the democratically-elected government of Socialist President Salvador Allende.

The U.S.-backed military dictatorship of Augusto Pinochet, which ousted Allende in a coup, ruled Chile from 1973 to 1990, killing thousands in a wave of repression after taking power.