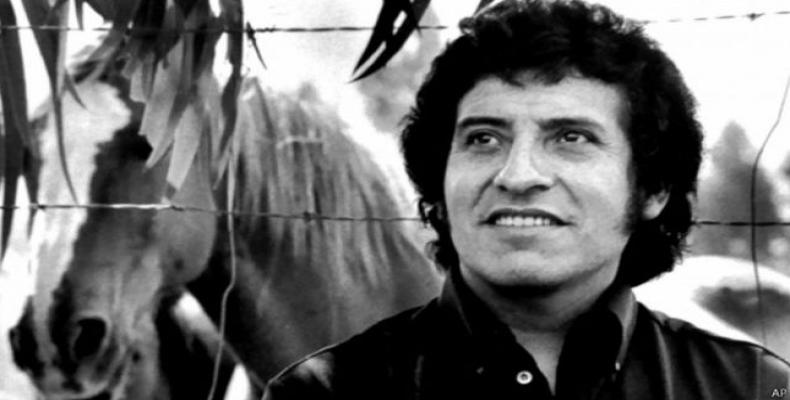 Orlando, June 24 (RHC)-- A former Chilean military officer convicted of murdering famed folk singer and political activist Victor Jara in the early 1970s, immediately following the military coup that installed former dictator Augusto Pinochet, is expected to be sentenced on June 27 when the jury in his case reconvenes.

Former lieutenant Pedro Pablo Barrientos Nuñez is accused of carrying out Jara’s torture and murder over the latter's support of socialist President Salvador Allende, ousted from power in a U.S.-backed coup by the army in 1973.

In his defense, Barrientos, who is now 67 years old, claims he did not know the folk singer, nor that he had died, nor that the Pinochet regime engaged in torture -- until a 2009 conversation with his wife, who testified in his favor.

Jara and thousands of other political prisoners were rounded up and tortured in a sports stadium in Santiago, now named in honor of the murdered folk singer, immediately following the 1973 coup. His tortured body was found with 44 bullets outside the complex.

The first hearing was launched Monday in a court in Orlando, Florida, where Barrientos has lived for over 20 years after fleeing Chile during the Pinochet dictatorship. Jara’s widow, Joan, gave testimony in court in the first session, the first of about 20 witnesses in the case.

The California-based Center for Justice and Accountability, which filed a civil suit against Barrientos in 2013, has called the action an historic attempt to seek truth and justice for heinous crimes committed during the Pinochet regime.

The trial marks the first time that Barrientos, a dual U.S. and Chilean citizen, has appeared in court for his role in Jara’s death.  A 2012 indictment against Barrientos and seven others by a Chilean judge has moved slowly, while the U.S. has not formally responded to an extradition request from the Chilean government.

Jara has become one of the most prominent symbols of Chile’s U.S.-backed “dirty war” against leftist artists, intellectuals, and activists in the 1970’s and 80’s. His politically-charged music has inspired a generation of political activists and musicians.