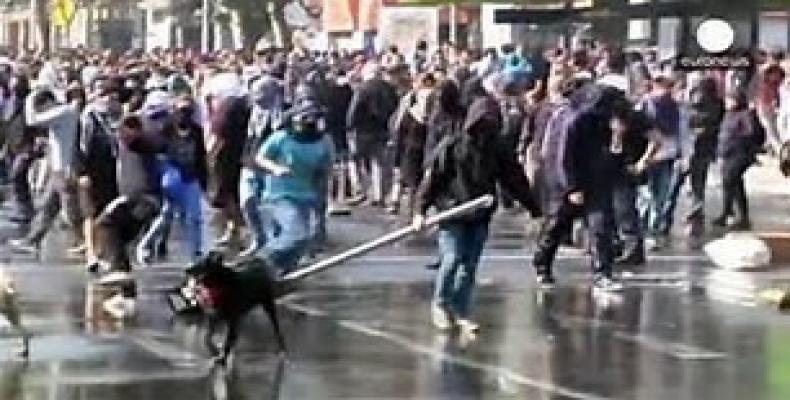 Santiago de Chile, May 15 (RHC)-- In Chile, two students have been shot dead in the port city of Valparaiso amid mass protests demanding a greater voice in education reforms promised by President Michelle Bachelet.

Chilean media reports the students were spraying graffiti and putting up posters when they were shot and killed by the property owner’s son. Police say they have arrested the alleged shooter, and Chile’s interior minister has denied police played any role in the killings.

The protests are part of a years-long campaign to end the privatized education system imposed under the U.S.-backed Chilean dictator Augusto Pinochet. In the capital Santiago de Chile, organizers said 150,000 people took to the streets, while police fired water cannon at protesters.