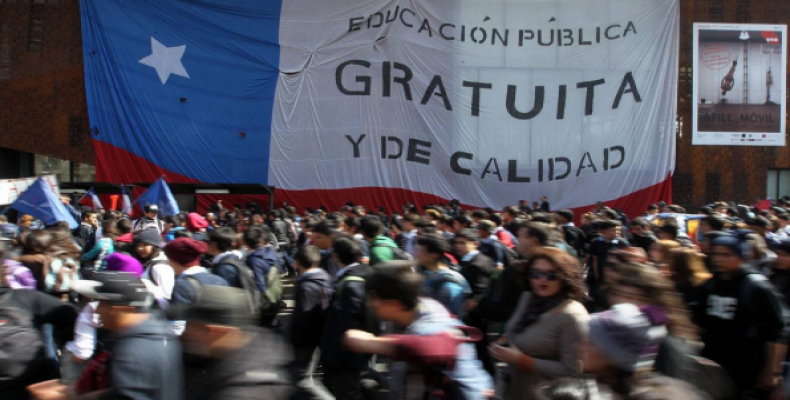 Santiago, May 12 (RHC-EFE)-- On Wednesday, 80,000 students marched to demand an overhaul of a Chilean educational system still marked by the legacy of the 1973-1990 Augusto Pinochet dictatorship.

The event in Santiago, convened by the Chile Students Confederation, was accompanied by smaller mobilizations in other cities.

Camila Rojas, leader of the Universidad de Chile Students Federation, told reporters: “So far, the government has made multiple commitments: that it will improve public education, that it will end profit, that education will be free. It has not delivered, however.”

Wednesday’s march was the second massive student rally to express dissatisfaction with the education reform agenda of President Michelle Bachelet.

In January, the Bachelet administration launched a plan to make college free for people in the bottom half of the income distribution, promising that the initial phase would aid 70 percent of the poorest students. But a sluggish economy led the government to retreat from that target and the implementation of the plan has been rocky.

College was free in Chile until 1981, when the Pinochet regime opened the door to a proliferation of de-facto for-profit private universities and decided that tuition rates should be set by the market.