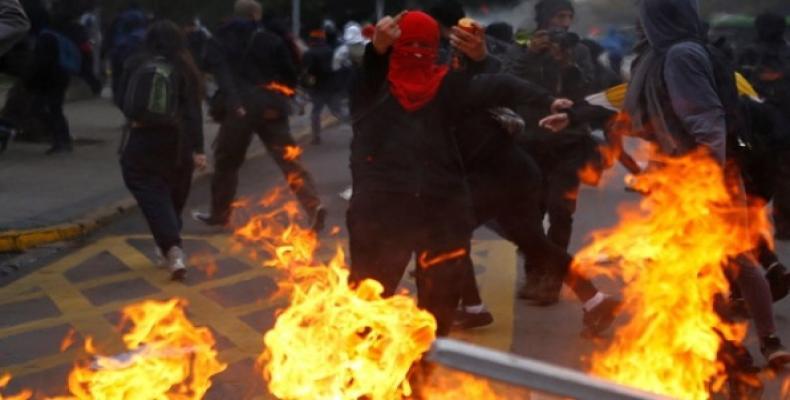 Santiago de Chile, June 9 (RHC)-- Chilean students to took to the streets on Thursday in a national march to demand improvements in public education as pressure continues to mount on the government of President Michelle Bachelet to fulfill promises of free higher education for all.

Student unions and movements across the country pledged their participation in the march on social media and prepared for the national day of action with banners bearing calls for “Non-profit education” and other demands.

Waves of student protests in recent months, which have sometimes turned violent as demonstrators clash with police, have slammed the government for moving too slowly to implement pledged education reforms.

Under pressure from massive student protests that erupted in 2011, Bachelet signed off on a plan to provide free university education last year.  But according to a study by the Federation of University Students of Chile, or FECH, just 14 of percent of tuition costs are covered so far.  The protesters argue that reforms have to go deeper than the plan proposed by the government.