Chilean Police and Students Clash Amid Rally for Free Education 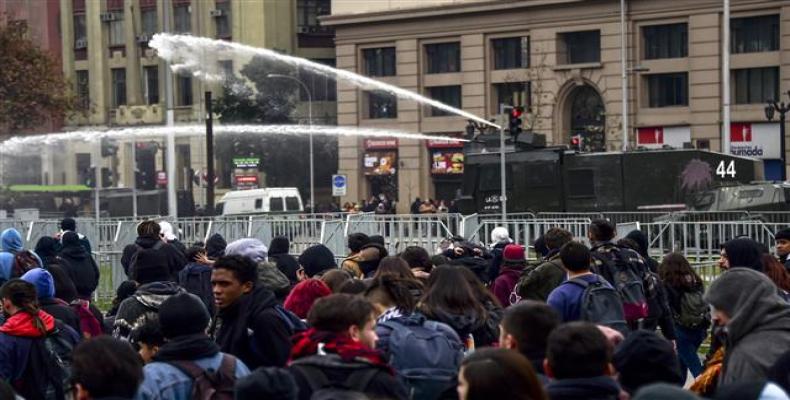 Some 5,000 students took to the streets of Chile’s capital, Santiago, on Wednesday to protest the high costs of university education that have left many with crippling debts.  Violence broke out after the demonstrators began pelting objects at police and tried to block the capital's main avenue with fences.

The leaders of the Confederation of Chilean Students (Confech) in Santiago de Chile had earlier called on the protesters to pressure the government from the streets to improve education quality and provide access to university education.

“We call all Chileans to protest and express themselves, because this is the opportunity we have to rectify and dispute education in Chile,” said Daniel Andrade, president of the Federation of Students of University of Chile.

President Michelle Bachelet’s principal campaign pledge was educational reform before she came to power in 2014, but due to the fall in international copper prices, Chile’s main export, she failed to fulfill her promise.

In 2015, however, she approved a long-awaited reform plan to provide free university education, which was strongly rejected by Confech saying it covered only 14 percent of tuition costs, and not all of it.  Since then, Chile has been the scene of a number of mass student protests, not only in the capital but also in other major cities.

Chile will hold presidential elections in November and the current front-runner, conservative Sebastian Pinera, has promised to roll back recent educational reforms if elected, preferring a system of scholarships to free tertiary education for poorer students.