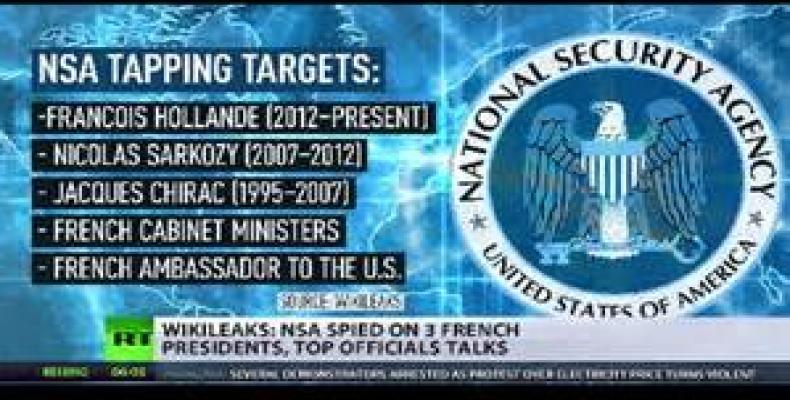 Paris, June 24 (RHC)-- France has summoned its U.S. ambassador following revelations by WikiLeaks the United States has spied on the past three French presidents.

Documents published by WikiLeaks show the National Security Agency spied on President François Hollande and his two predecessors from 2006 to 2012, including listening to and recording cellphone conversations.