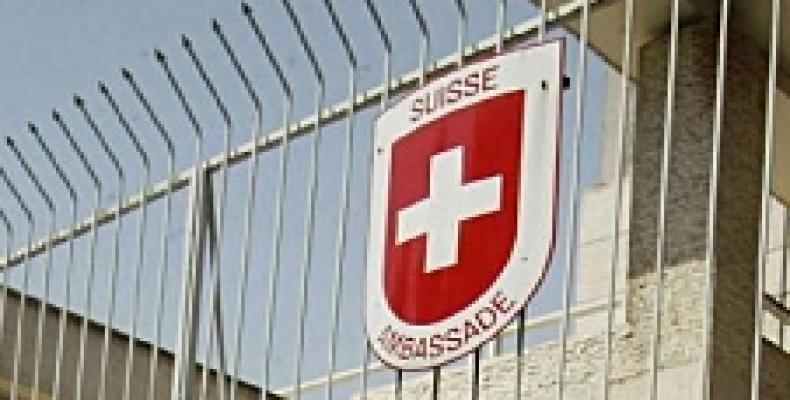 Tehran, January 5 (RHC)-- Iran has summoned the Swiss diplomatic mission in Tehran today after a series of tweets from U.S. President Donald Trump threatened to destroy the Islamic Republic's cultural sites if American assets were targeted.

According to the Reuters News Agency, the Iranian government is seeking answers from the United States after Trump's tweets.  Since the United States and Iran do not have diplomatic relations, both countries rely on Switzerland to mediate and relay messages.

Trump's unpredictable behavior began on the evening of January 2nd, when he ordered a drone strike on a vehicle carrying the Quds Force commander Qassem Soleimani and the Deputy Chief of the Popular Mobiliation Forces Abu Mahdi Al-Mohandis near the Baghdad Airport.

Over the course of 72 hours, however, the U.S. President has continued to provoke Iran with threats and accusations that their government had killed many protesters in November and December.

Trump wrote in a series of tweets on Saturday that “if Iran strikes any Americans, or American assets, we have targeted 52 Iranian sites”, including Iranian culture, that he said would be hit hard.  The U.S. President would later brag about spending over US$2 Trillion on military defense, something he said should scare Iran from retaliating.

"The United States just spent Two Trillion Dollars on Military Equipment.  We are the biggest and by far the BEST in the World!  If Iran attacks an American Base, or any American, we will be sending some of that brand new beautiful equipment their way...and without hesitation!"

These threats by the U.S. President on Saturday have prompted the Iranian government to seek answers from the Swiss envoy.