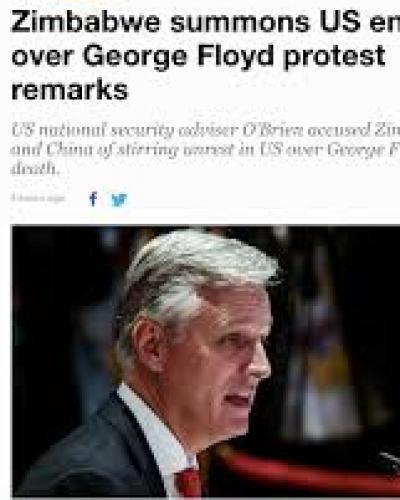 Harare, June 2 (RHC)-- Zimbabwe has summoned its U.S. ambassador over remarks by a senior American official accusing the southern African country of stirring anti-racism protests over the death of George Floyd, the government said.

A senior unnamed Zimbabwean official quoted by the state-owned Herald newspaper denied O'Brien's accusations, and said: "Anyone who has seen the genesis of recent events, from the tragic death of Mr Floyd to the subsequent protests, will realize that any accusations of Zimbabwean involvement at any stage is farcical."