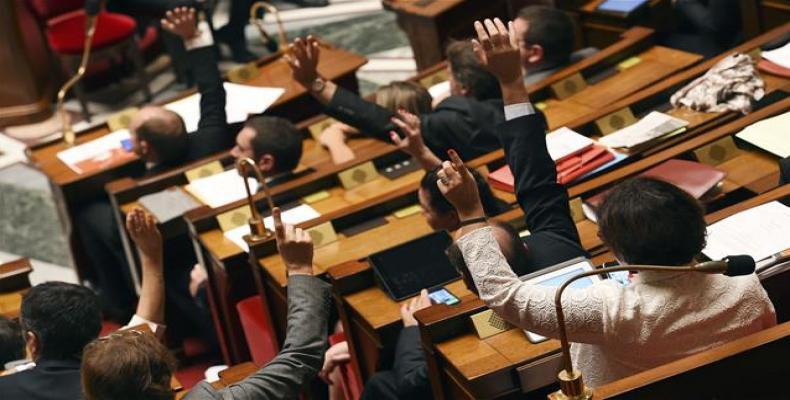 Paris, June 25 (RHC)-- French lawmakers have passed a controversial law granting intelligence services sweeping powers to spy on citizens. The new legislation, approved in the country’s National Assembly on Wednesday, gives authorities the right to monitor digital and mobile communications of anyone linked to a "terrorist" inquiry without prior judicial authorization.

The law will not become effective until a court ruling is issued based on whether or not it is in accordance with France’s constitution.

French Prime Minister Manuel Valls is a staunch supporter of the bill, the proposal of which gained momentum following a series of terrorist attacks in the French capital Paris, which left 17 people dead in January. According to Valls, the new bill is crucial to national security as France’s previous wiretapping laws date back to 1991, “when there were no mobile phones or Internet."

The bill has drawn criticism from various international human rights groups such as Amnesty International, which has described France’s move as “a step closer to a surveillance state.” Earlier in the year, Amnesty's Europe director Gauri van Gulik censured the act, saying that "this bill is too vague, too far-reaching and leaves too many unanswered questions."

"Parliament should ensure that measures meant to protect people from terror should not violate their basic rights," she added. The bill was passed just 24 hours after leaked documents reportedly proved the U,S, had spied on French President Francois Hollande and his predecessors between 2006 and 2012.

On Wednesday, a French government spokesperson announced that the country’s national intelligence coordinator, Didier Le Bret, would pay a visit to the United States over the leaked reports.