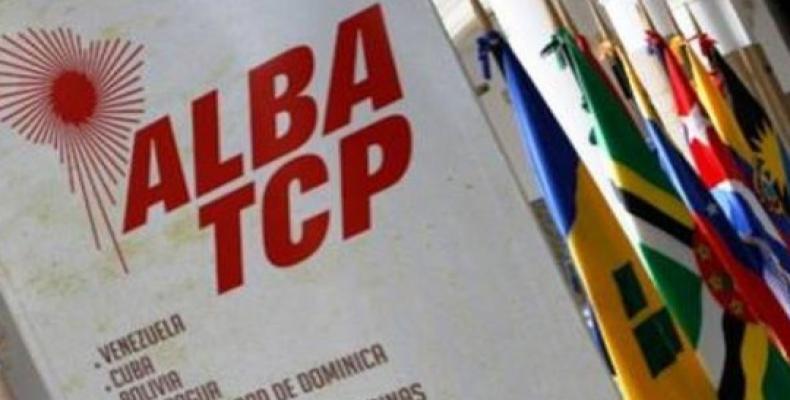 Caracas, June 30 (teleSUR-RHC)-- The ALBA bloc, comprised of 12 Latin American and Caribbean nations, expressed its support to Greece, as the Mediterranean country continues to renegotiate its debt with eurozone lenders.

In a statement, the bloc, which calls itself a “People’s Trade Treaty,” said it stands with the Greek people and the Syriza government against the "destructive consequences of neoliberal transnational capital," which regional organization said looks to subvert Greek democracy through financial measures.

The statement also encouraged Greeks in their struggle with EU lenders, saying the stance against forced austerity “is a struggle for the salvation of all mankind, for life, freedom and self-determination of all peoples.”

Over the weekend, representatives of the European Central Bank, European Commission and the International Monetary Fund, a trio that is commonly referred to as the Troika, reiterated that they would not accept the latest proposal from Athens.

"We were asked once again to place the burden on the shoulders of pensioners and workers," said Greek Prime Minister Alexis Tsipras, before the last refusal of creditors.

Tsipras rejected the opinion of some European politicians who said the left-wing government’s plan for a referendum on the EU proposal is tantamount to a Greek exit from the eurozone. The Syriza leader called on European officials to respect the sovereignty of the Greek people.

STATEMENT FROM ALBA ON SITUATION IN GREECE

The Bolivarian Alliance for the Peoples of Our America - People’s Trade Treaty (ALBA-TCP) expresses its strong support and solidarity with the Greek people and government, which are facing the fierce siege of global financial capitalism and its European representatives, who with unscrupulous ambition aim to break the choice of this country for a decent and fair life, the center of which is the protection of true democracy and human rights, not the privileges and destructive consequences of neo-liberal transnational capital.

The peoples and governments of the ALBA-TCP, who stand firm in the conviction of Commander Hugo Chavez that "History calls us to unity and to struggle," send a message of encouragement to the brave Greek people and government. We are sure that the historic battle you are engaged in is a struggle for the salvation of all mankind, for life, freedom and self-determination of all peoples. We are sure that another world is possible.