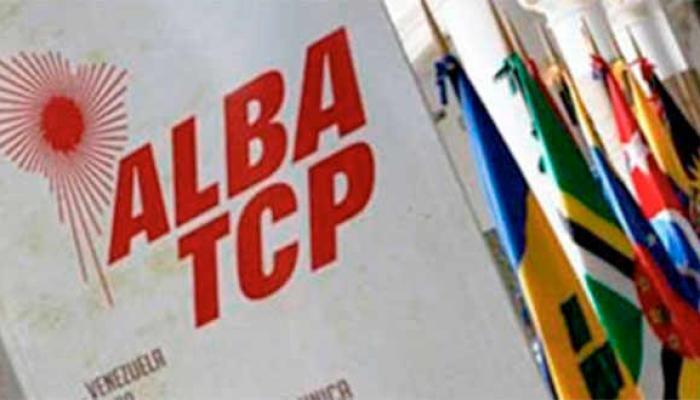 Caracas, June 11 (PL-RHC) -- The situation in Venezuela, a target of violent actions generated by the extreme right, is a highlight on the agenda of the 13th Political Council of the Bolivarian Alliance for the Peoples of Our America (ALBA) in Venezuela's capital.

Venezuelan Foreign Minister Elias Jaua on Tuesday opened the forum that will include a closed door exposition by Minister of Interior, Justice and Peace, Miguel Rodriguez.

In his opening speech, Jaua said the forum was called as a gesture of solidarity with Venezuela and in defense of the people's right to live peacefully, respecting their independence and sovereignty.

Jaua said that Rodriguez will explain to participants the assassination plans against President Nicolas Maduro, and the interference in the country's internal affairs by the US administration.

Jaua also announced that the meeting will discuss the schedule of events to be held until December, when the 10th anniversary of the creation of ALBA, at the initiative of Cuban leader Fidel Castro and late Venezuelan President Hugo Chavez, will be celebrated.

The meeting will also study the situation of countries hit by transnationals, like Ecuador, a victim of the Chevron aggression.

Progress made in the economic zone ALBA-Petrocaribe, under an agreement signed in late 2013, will also be discussed. The 13th Political Council is being attended by representatives of Bolivia, Ecuador, Nicaragua, Cuba and Saint Lucia.