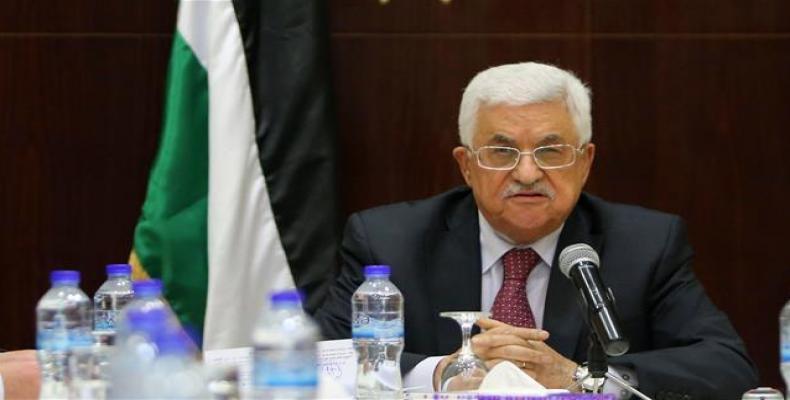 Ramallah, August 1 (RHC)-- Palestinian President Mahmoud Abbas has ordered Foreign Minister Riyad al-Maliki to file a lawsuit with the International Criminal Court (ICC) over the killing of an infant by Israeli settlers.

In a speech in the Palestinian Authority (PA) headquarters in Ramallah, Abbas said that the PA is “immediately” preparing a complaint for submission to the ICC over the savage killing of the 18-month-old Ali Saad Dawabsha, who became the victim of an arson attack by Israeli settlers in the Palestinian village of Duma, south of Nablus.

“We are immediately preparing the file that will be submitted to the ICC,” Abbas told reporters, adding that the PA denounces the “war crimes and crimes against humanity committed each day by Israelis against the Palestinian people.”

Meanwhile, Riyad al-Maliki, the Palestinian foreign minister, urged the ICC and other international organizations to designate the Israeli settlers who commit such attacks as “terrorists.” He called on the UN Security Council to take immediate action over the acts of violence by the Israeli settlers.

”It is a stigma on the international community that it repeatedly ignores organized terrorism by Israeli settlers against Palestinians,” al-Maliki said. He said the attack represented the “incitement and hatred” against the Palestinians that Israeli government propagates in its daily policies.

Condemnations have poured in from various governments and international bodies, including the European Union over the death of Dawabsha.

Palestinian groups have also shown angry reactions, with the resistance movement Hamas in the Gaza Strip saying that the Friday arson attack has made the Israeli forces and settlers “legitimate targets for resistance.”

Saeb Erekat, another PA official, censured the international community, the UN, and the EU, saying they have failed to hold Israel responsible for its “organized crimes against humanity and Palestinian rights.”

Meanwhile, reports say that Israeli Prime Minister Benjamin Netanyahu has made a rare phone call to Abbas, condemning the Friday incident. Netanyahu has also pledged a full investigation into the case.