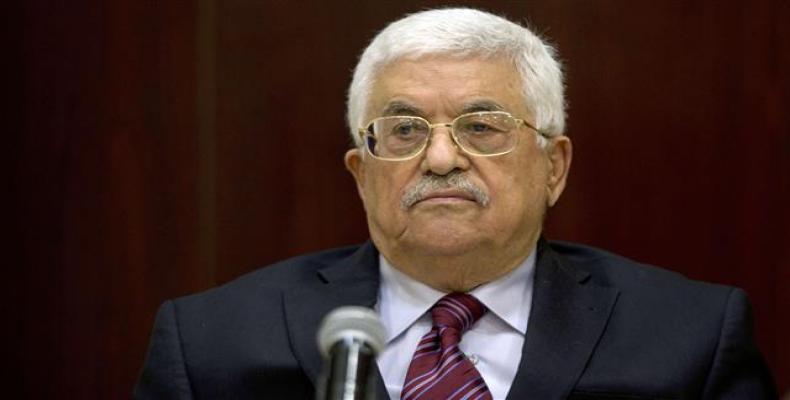 Ramallah, December 24 (RHC)-- Palestinian President Mahmoud Abbas says Israel is an "apartheid regime" that has occupied Palestinian lands and has been forcing Palestinian people into exile for decades.

In his Christmas message released on Wednesday, Abbas said Tel Aviv was continuing to "consolidate an apartheid regime by accelerating policies that destroy the two-state solution," adding that it is taking over Palestinian territories in order to expand illegal settlements and erect separation barriers.

"This Christmas comes during a particularly difficult period, when international intervention is desperately needed to protect the Palestinian people. Extremist Israeli settlers continue to attack Palestinians, including their mosques and churches, through acts of vandalism and terror."

The Palestinian leader also said that due to the Israeli occupation, the twin cities of East Jerusalem and Bethlehem have been separated for the first time in over 2000 years of Christianity, resulting in "incalculable damage" to the society, culture, and economy of Palestine.

"There can be no Palestinian State without East Jerusalem as its capital, reunited with Bethlehem and the rest of Palestine." The Palestinian president also congratulated all Palestinian people "on the Holy Occasion of Christmas," and expressed hope that the day will soon come when they would be free in their homeland.