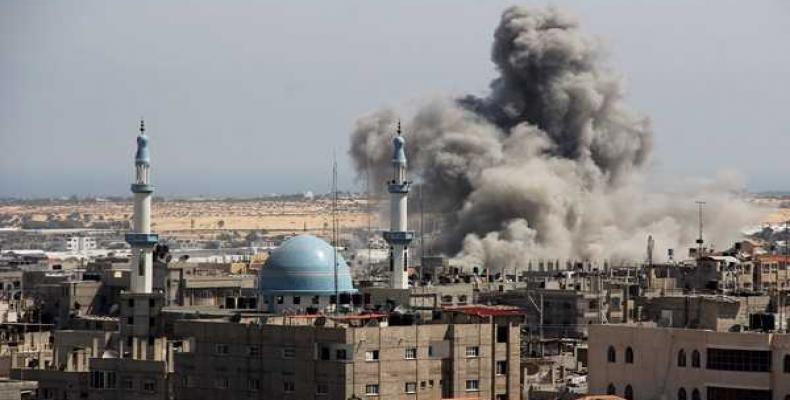 Gaza City, September 19 (RHC)-- Israeli fighter jets have carried out a number of aerial attacks in the Gaza Strip in another act of aggression against the Palestinian coastal territory. Israeli warplanes bombarded the town of Beit Hanun in northern Gaza and a number of areas in southern Gaza late on Friday night.

A security post and several houses were damaged in the Jabaliya neighborhood. Witnesses say the Israeli warplanes also pounded the Abu Jarad district in Gaza. Israeli media reports claimed that the attacks were conducted in retaliation for rockets fired at Israeli cities earlier in the day.

On Friday, a rocket fired at the southern city of Ashkelon was intercepted by Israel’s Iron Dome missile system hours after another rocket hit an open area in the city of Sderot, the reports said, adding that the Sderot rocket caused no injuries and only damaged a bus.

A Daesh-linked Salafist group, calling itself “the Sheikh Omar Hadid Brigade,” took responsibility for the rocket attack against Ashkelon.