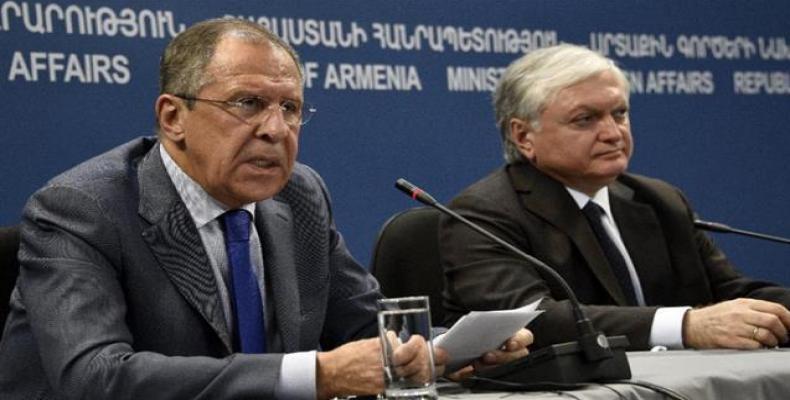 Yerevan, November 10 (RHC)-- Russian Foreign Minister Sergey Lavrov says that the upcoming Syria talks should not be based on demands for Syrian President Bashar al-Assad to step down.

Speaking at a press conference in the Armenian capital Yerevan on Monday, Lavrov said that such an approach was "simplistic" and that the summit should be instead focused on agreeing on delegates for the Syrian opposition and which groups should be considered as extremists.

He noted that Russia had already shared its "list of terrorist organizations" with its partners on Syria, and that during the upcoming rounds of talks, scheduled for the weekend, Moscow expects the drawing up of a "unified list, so that there are no issues about who is striking whom and who is supporting whom."

The previous negotiations about the Syrian crisis were held in the Austrian capital Vienna on October 30th, bringing together top diplomats from 17 countries, including Iran, as well as envoys from the United Nations and the European Union.

Lavrov also called for wider participation in the talks, saying that following this weekend's summit, the Organization of Islamic Cooperation and the Arab League should be included.

The foreign-backed militancy in Syria, which flared in March 2011, has so far claimed the lives of over 250,000 people and displaced millions of others.