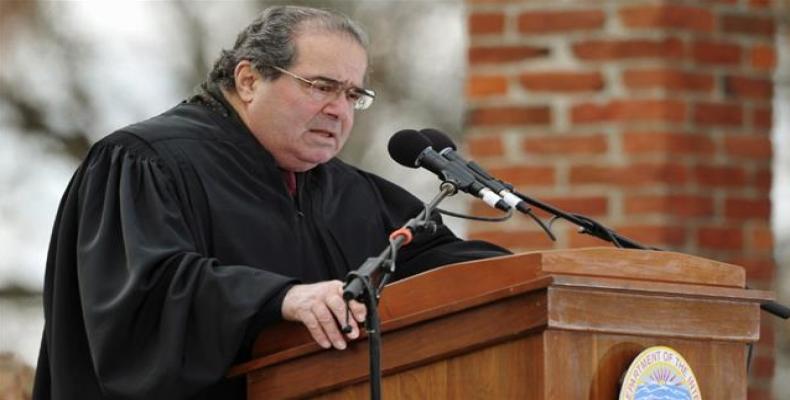 Supreme Court Justice Scalia died Saturday at a hunting resort near Marfa, Texas, at the age of 79.

Republicans are threatening to stall his replacement until a new president is in place after November's elections and the inauguration next January -- 11 months from now.

The White House has noted none of the last 12 Supreme Court justices to be confirmed had to wait more than 100 days for a vote.