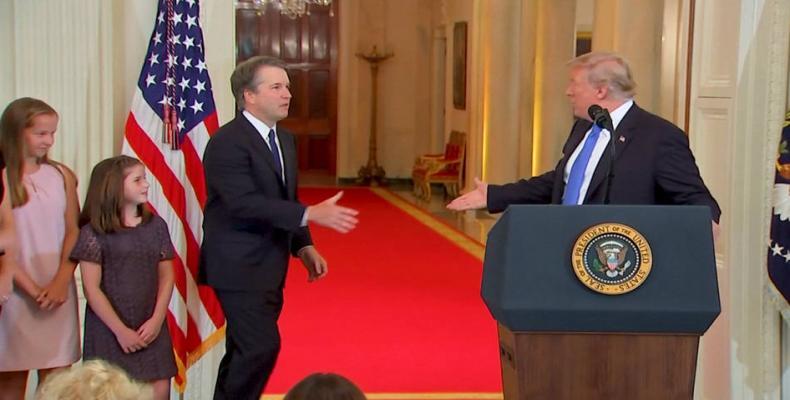 The 15 misconduct complaints reportedly center on whether Kavanaugh was dishonest and “lacked judicial temperament” during his Senate testimony. Legal experts say it is “unprecedented” for a newly confirmed Supreme Court justice to be facing misconduct complaints in a lower court, which could rule it does not have jurisdiction now that Kavanaugh is on the nation’s highest court.