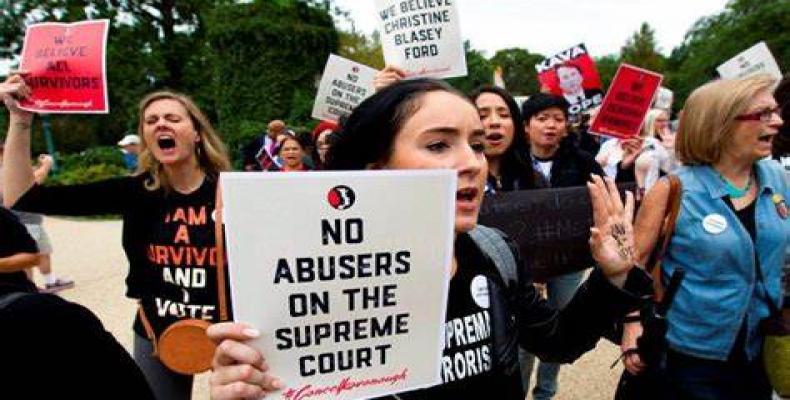 Washington, October 8 (RHC)-- In Washington, D.C., women’s rights activists rallied outside the Supreme Court to call for Justice Brett Kavanaugh’s removal from the bench, one year after Republican senators narrowly confirmed him to the Supreme Court despite multiple credible accusations of attempted rape and sexual assault.

The rally at the Supreme Court came after justices announced they will weigh the constitutionality of Louisiana’s anti-choice legislation, which requires any doctor performing an abortion to have admitting privileges at a nearby hospital.

Pro-choice groups call such statutes TRAP laws, or “targeted regulation of abortion providers”; they say the Louisiana law would leave the state with just a single doctor legally allowed to perform abortions.