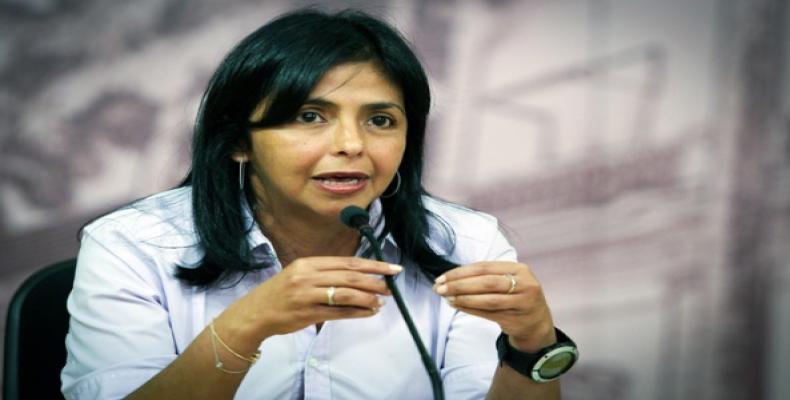 Caracas, Mar 9 (RHC) Venezuelan Foreign Minister Delcy Rodríguez lashed out at US President Barack Obama for extending the decree against her country, which it defines as an unusual and extraordinary threat to US national security and foreign policy.

During a march in Caracas, on International Women's Day, Delcy Rodríguez assured that her country is a territory of peace, and called on Obama to listen to the demands of the government and people of Venezuela to end the aggressions against that nation.