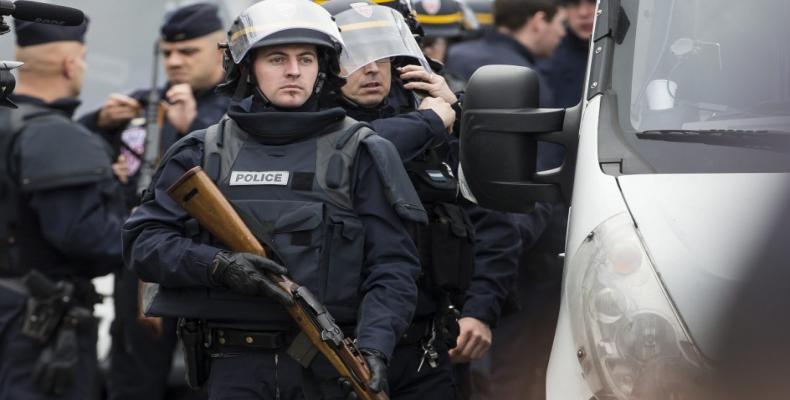 Paris, March 14 (RHC-teleSUR), -- Thousands of protesters gathered in Paris to show their anger at France’s prolonged use of state of emergency laws, which they say amounts to a government “coup.”

The demonstration on Saturday was made up of diverse protest groups, including anarchists and undocumented migrant workers, who fear that the emergency measures give too much power to security forces.

The state of emergency was originally declared in November, after attacks in the French capital carried out by the Islamic State group killed 130 people.

President Francois Hollande extended the state of emergency in February, arguing that the threat of “terrorist violence remains very high.”

Protesters at the demonstration have told the media that there is an unfair targeting of Muslims, using the excuse of staving off new terror attacks to bear down on minorities.

In the last six months, more than 12 activists have been put on trial or convicted in France on the basis of ethnicity.