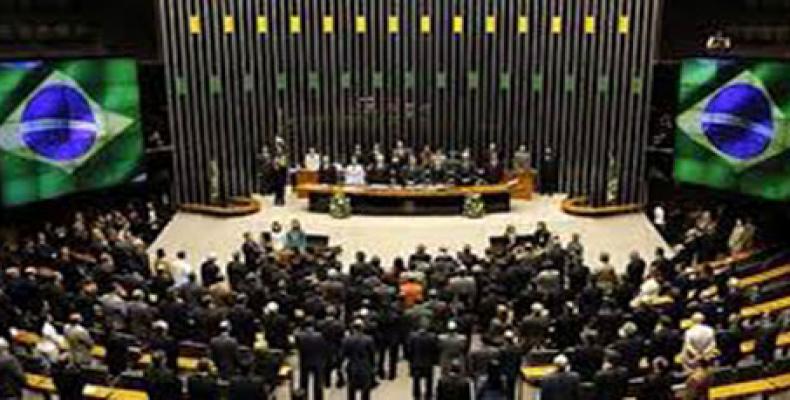 Brasilia, August 10 (RHC)-- Brazil's Senate has voted to hold an impeachment trial for suspended president Dilma Rousseff, pushing her one step closer to dismissal from office. Following a nearly 20-hour debate on Wednesday, 59 senators voted in favor of the impeachment and 21 against.

A final vote to decide the ultimate political fate of Rousseff, who was suspended from the presidency in a parliamentary coup in May, is expected to take place in the lower house around the end of August, just days after the Rio Olympics end.

A two-thirds majority would be needed to see her permanently removed from office. Brazil's first woman president is accused of ordering a tampering in the government budget to hide its deficit as she campaigned for reelection in 2014.

Dilma Rousseff says such tactics were common practice under previous administrations, and calls the impeachment procedure a masked coup d'etat triggered by the sprawling Petrobras scandal, implicating members of main opposition political parties in the country.

Her allies point out that many of the lawmakers accusing Dilma Rousseff of fiscal wrongdoings are themselves under legal investigation for far more serious cases of fraud and corruption related to the state-owned oil company.