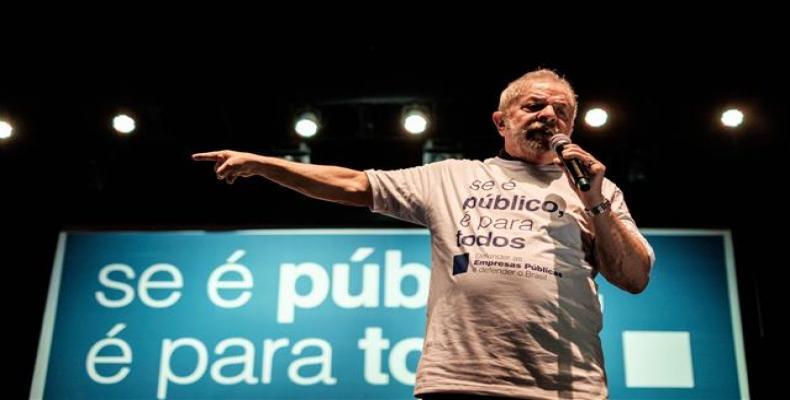 Brasilia, June 7 (RHC)-- Former Brazilian President Luiz Lula da Silva has accused the country's interim government of having orchestrated a coup to rise to power in the South American country.

The 70-year old Lula, who served two terms as Brazil's president from 2003 to 2011, made the remarks in a speech against the interim government of Michel Temer in Rio de Janeiro on Monday.

Speaking about the new authorities of the country, Lula said: "I would like to say to each one of you, to each man and each woman in this country to not think that they will destroy everything we have done."

Lula, speaking at the launch of a campaign against Temer, also criticized the interim government's move to restrict Rousseff's movement.

Temer stepped up from the post of vice-president to replace Rousseff, who was suspended as president on May 12 after the Senate voted 55 to 22 in favor of opening an impeachment trial against her.  Rousseff herself has condemned the impeachment drive as a coup, pledging to fight on during her trial.

Elsewhere in his speech, Lula said that the investigations launched by the interim government against him for having allegedly received favors from state companies were an attempt to discredit him ahead of the 2018 presidential election.