Dominican Republic Calls on OAS to Apologize for 1965 U.S. Invasion 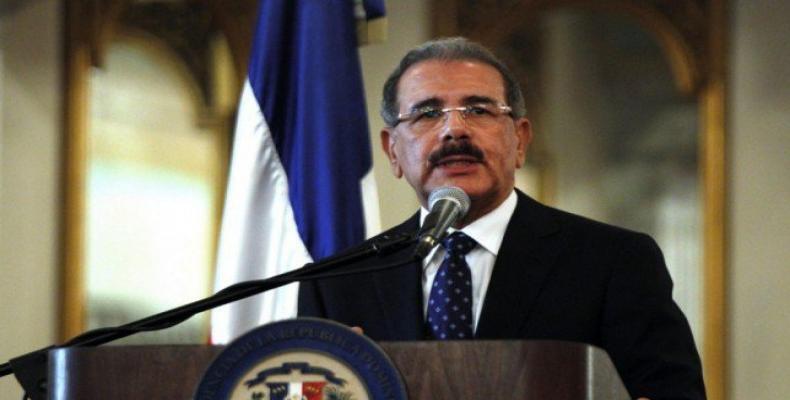 Santo Domingo, June 14 (RHC)-- The President of the Dominican Republic Danilo Medina called on the Organization of American States to apologize for its support of the U.S. invasion of his country in 1965.  During the opening of the 46th OAS General Assembly, Medina called for the OAS to "pay off its historical debt" for its occupation and “validation” of the U.S. intervention during its civil war, which killed thousands of Dominicans.

Dominican Republic President Danilo said that the apology would be essential to the credibility of the organization, which should be self-critical when facing sensitive issues like intervention in Venezuela.  He said: "We must confront without fear the mistakes of the past to ensure that they are never again repeated in the future.”

Medina called for unity and expressed his support for dialogue in Venezuela initiated by UNASUR.

During the meeting in Santo Domingo, heads of state will also address the financial difficulties of the Inter-American Commission on Human Rights, which will have to lay off 40 percent of its staff and suspend much of its work if it fails to raise the two million dollars that went missing this year before the session's close on Wednesday.