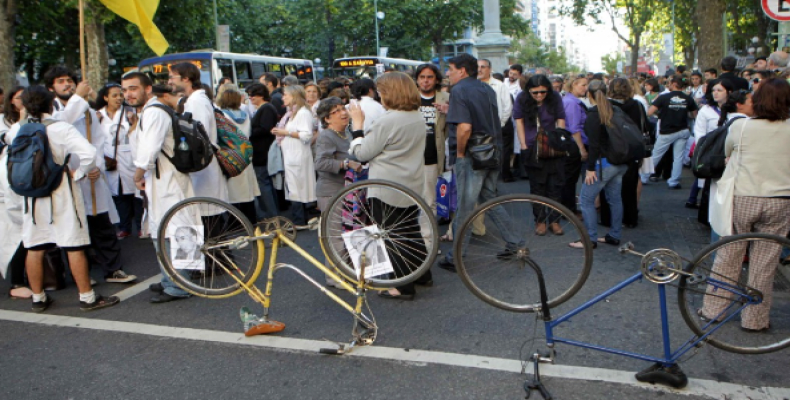 Workers are protesting against proposals that aim to reduce Uruguay’s budget deficit by around four percent of gross domestic product.  Earlier this week, lawmakers in Uruguay’s Congress began debating measures to delay public spending, which workers unions are opposing.

Fernando Pereira, the president of the PIT-CNT labor federation said that the workers strike “is being called so that social spending in education and public health will not be postponed from one year to another.”

Pereira commented that the postponement of public spending “is serious” and that instead the government should get money by taxing assets and the profits made from Uruguay's wealthiest.

The PIT-CNT labor federation is also asking for the changes to the worker's pay to combat rising inflation, which is currently sitting at 11 percent.  They are demanding that cost-of-living adjustments for wage agreements are made each year, instead of the government's plan for every two years, so that worker salaries will still have purchasing power.