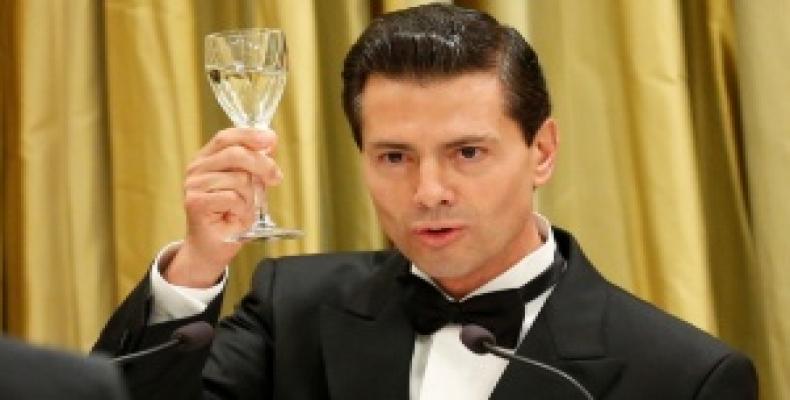 Mexico City, July 9 (RHC-teleSUR) -- Mexican President Enrique Peña Nieto praised his administration Friday for being the most effective in terms of job creation, citing more than two million new jobs created so far by his government, a number he hailed as "historic."

"This means that in the three years and seven months of this administration more jobs have been created than ever in the past, opening opportunities for more Mexicans," he said at a Robert Bosch's plant in Toluca, the capital of his hometown State of Mexico.

But Peña Nieto's praise is marred by a new National Institute of Statistics, or INEGI, report which reveals that six out of 10 workers in Mexico are part of the informal sector, which means they often lack a fixed salary along with no social security including access to healthcare.

"Vulnerability at work is manifested in many ways, and one of them is informal work,” the INEGI report states, revealing that almost 30 million Mexican workers face precarity in their work while informal employment wages are, on average, 35.4 percent lower than those employed in the formal sector.

In spite of the evidence, Peña Nieto noted that 41 percent of the 2,031,000 million new jobs had been taken by women, adding that one in three new jobs had gone to people between the ages of 20 and 34 years.