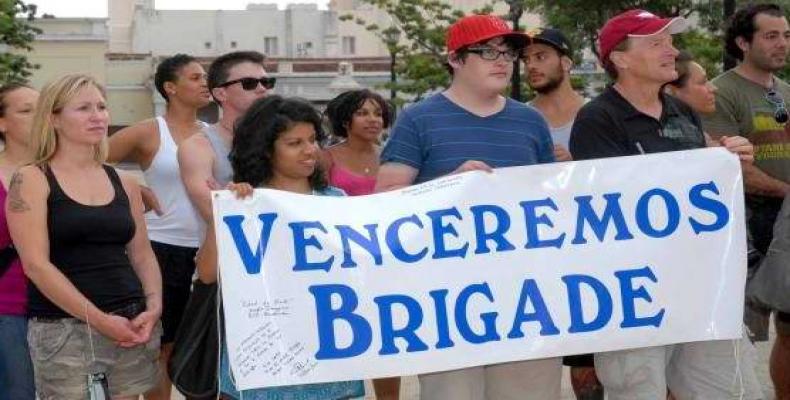 Guantánamo, July 28 (RHC)-- Members of the 47th contingent of the U.S. Venceremos Brigade reaffirmed their support for Cuba against the U.S. blockade.

During a tour of the eastern province of Guantánamo, the brigadistas also demanded the return of the portion of Cuban territory illegally occupied by the U.S. Naval Base.

The Venceremos Brigade is a U.S. solidarity-with-Cuba group that promotes people-to-people contact between the U.S. and Cuba. Ever since 1969, it has organized annual trips here, bringing in solidarity activists, and people from all walks of life, interested in learning first hand about and experiencing Cuban reality. Thus far, more than nine thousand people, mostly young people, have visited Cuba with the Venceremos Brigade.

This year's contingent of the Venceremos Brigade will remain in Cuba until August 7th.