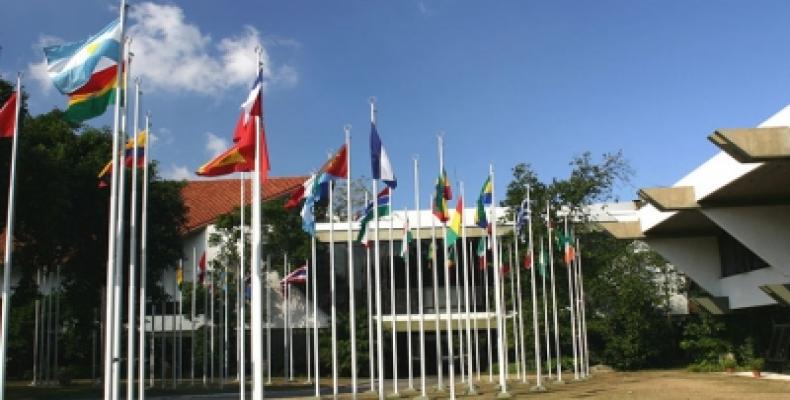 Havana, May 2 (RHC)-- Hundreds of Cuba activists from Latin America, Europe, Africa, Asia and the United States gathered Wednesday at Havana's Convention Center to participate in the International Meeting of Solidarity with Cuba.

The end of the almost 60-year-old economic blockade by the United States and the return of the territory occupied by a U.S. naval base in the eastern province of Guantanamo stood out among the demands that were raised at the forum, which was attended by trade union leaders and representatives of social movements and friendship associations, reports Prensa Latina news agency.

The majority of delegates to the one-day event, traditionally held after the International Workers Day, participated in the May Day parade, which brought together about 900,000 people at the José Martí Revolution Square in Havana and more than six million people in cities and towns across the island.

In an interview with Prensa Latina, U.S. activist Cheryl Labash said that her presence on the island as well as those of other U.S., Latin American, European, and Asian activists are a demonstration of solidarity with Cuba.

"We are here to support the Cuban people and to once again express our strong rejection of the economic, commercial and financial blockade of my country against Cuba," stressed the coordinator of the U.S. National Solidarity Network with Cuba.