Solidarity Activists Call for Demonstration to Demand End of U.S. Blockade of Cuba 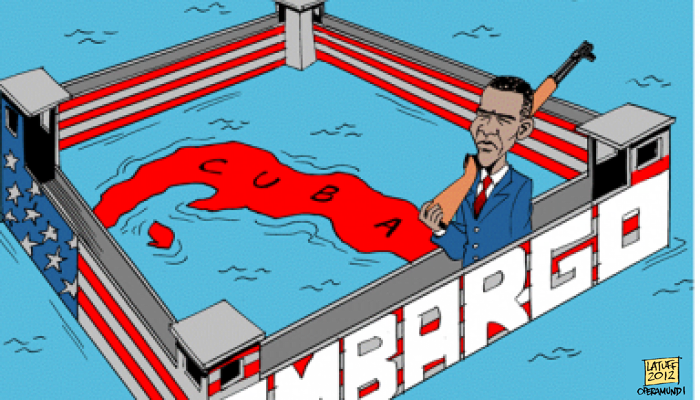 Havana, March 29 (RHC)-- The International Committee for Peace, Justice and Dignity is calling for a new protest action in Washington D.C. in April to pressure U.S. President Barack Obama to exercise his powers to dismantle Washington's 55-year-old blockade against Cuba, and to encourage Congress to eliminate the failed policy in its entirely.

The solidarity group said in a communique that while President Obama and the executive branch continue to announce new regulations to ease existing restrictions in such areas as travel and trade, core aspects of the criminal blockade against Cuba remain intact.

The International Committee for Peace, Justice and Dignity has then called on solidarity activists and peace-loving people to participate in a new protest campaign entitled "Days of Action against the Blockade," set for April 18th through the 22nd.

The program of activities include advocacy visits to the offices of Senators and members of the House of Representatives, and a community forum entitled "Through Cuban Eyes," to provide Americans with a Cuban perspective on what's been happening in Cuba and U.S.-Cuba relations.

Key note speakers at the April 22nd community forum include Cuban Ambassador José Ramón Cabañas and Cuban health professionals who took part in the fight against Ebola in West Africa and in restructuring the health infrastructure in Haiti.