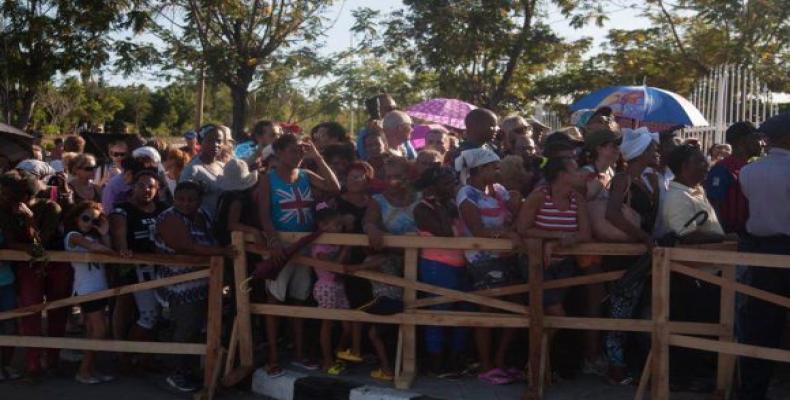 Santiago de Cuba, December 5 (RHC)-- Thousands of people from Santiago de Cuba and from all over the island continue arriving at the Santa Ifigenia Cemetery where the ashes of Fidel Castro were laid to rest on Sunday.

Every hour, on the hour, there is a changing of the guard while the notes for the cantata “Eternal Fidel” are heard.

The Commander In Chief's remains were placed to rest yesterday, Sunday, at the Santa Ifigenia Cemetery after the ashes traveled there from Havana in a journey retracing, in the opposite direction, that of the Freedom Caravan in January 1959, after defeating the dictatorship of Fulgencio Batista.

In Santiago's cemetery the remains of the historic leader of the Cuban Revolution rest among those of National Hero, José Martí; the Father of the Country, Carlos Manuel de Céspedes and other martyrs and heroes of over a century of struggles for freedom and dignity.