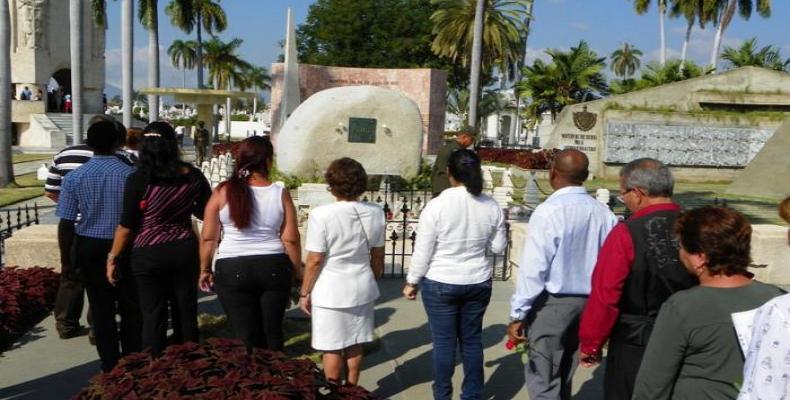 Yudy García Delís, administrator of the Santiago cemetery told the press that since December 4, when the site was opened to the public, no less than 2,000 visitors a day, Cubans and foreigners alike, have arrived there to pay their respects and express gratitude to the revolutionary leader, who died on November 25th at the age of 90.

She added that most foreign visitors to the site come from the United States, Canada, Russia, Japan, and many Latin American countries, all agreeing on Fidel's greatness and his contribution to the world's just causes.

Among the most recent of the 30,000 foreign visitors was a delegation from the Judicial Federation of Argentina carrying a flag dedicated to the undefeated Comandante, a group of Italian supporters of the Revolution and several Iranian friends one of whom read a poem dedicated to Fidel.

Cubans from all walks of life arrive there from all across the country, bearing flowers and leaving messages.