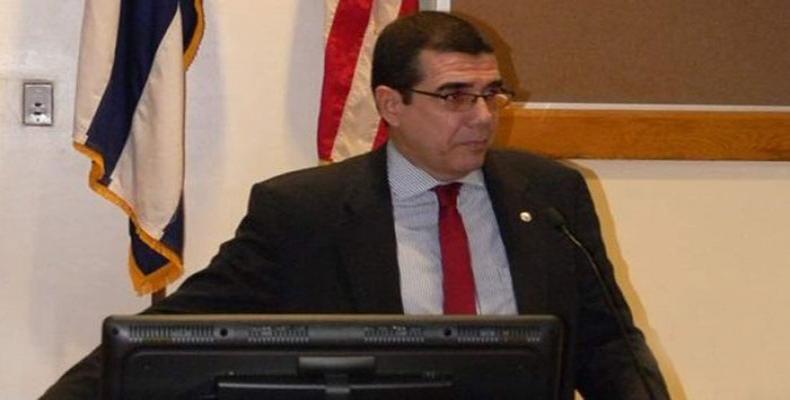 Washington, January 28 (RHC/Prensa Latina)-- The Cuban top diplomat in the U.S. described as unprecedented the level of negotiations between the two countries over the last two years.

During statements on the occasion of Cuba's National Day, Cabañas  noted that between January 2015 and January 2017, the U.S. and Cuba had signed 22 memorandums of understanding covering areas such as health, environmental protection and law enforcement.

“Never before in our common history,” said the Ambassador, “had the two nations negotiated for two consecutive years on such a diversity of issues.'

Ambassador Cabañas recalled that in March of 2016, President Barack Obama made a trip to Havana with 39 Republican and Democratic congressmen, the largest legislative delegation from the U.S. ever to have visited Cuba.

A total of 25 official delegations from Cuba, six of them of high-level ones, visited Washington, and 47 US official groups, 13 of those high level ones, traveled to Havana.

The Cuban Ambassador to the U.S. also noted that the idea that one of the parties had to make unilateral concessions for the two to enter this new stage of bilateral relations made no sense.

“Those in the hate business have insisted for 58 years on destroying attempts to normalize U.S.-Cuba links, but that only generates profits for a few; it does not create jobs, nor does it produce economic growth for a majority,” he stressed.

Cabañas considered it significant that 75 percent of U.S. citizens support an increase of relations with Cuba and also the end of the economic, commercial and financial blockade of the United States against the island.