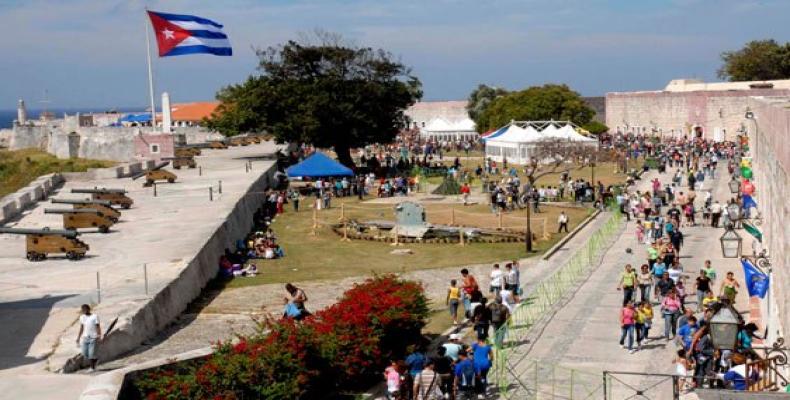 Havana, February 18 (RHC)-- Cuban children on Saturday rounded off activities of the 26th Havana International Book Fair by flying kites at the Cabaña Fortress to demand an end to the U.S. blockade against Cuba. The action was aimed at creating public awareness of the need to eliminate the aggressive U.S. policy.

The event organizing committee announced similar actions around Havana, where messages such as #NoMásBloqueo and #UnBlockCuba soared across the skies.

“For decades, Cuba and the international community have been demanding the total lifting of a policy which is also an attack on culture. The literary world, once again, adds its voice to this demand,” organizers said at a press conference in Havana’s Pabellón Cuba.

Several new works regarding Cuba-U.S. relations are being presented during this 26th edition of the Book Fair --the largest  event in the annual Cuban cultural calendar.