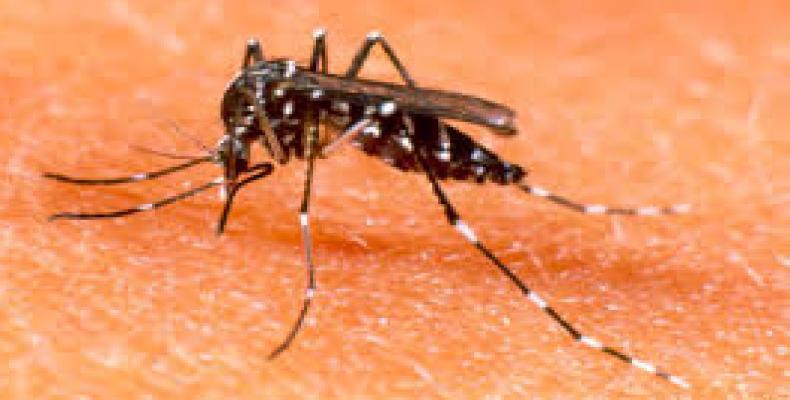 Havana, May 9 (RHC-PL)-- Cuba joined on Monday a week of 'Action against the Mosquito in the Americas' with a broad program of activities, focused on the elimination of breeding sites of the Aedes aegypti disease transmitting insect.

Sponsored by the Pan American Health Organization, the campaign against the vector coincides with an increase of rainfall and higher temperatures, both favorable conditions for the appearance of the Aedes aegypti mosquito, responsible for the transmission of dengue, Chikungunya, Zika and malaria.

Directed in particular to schools, work centers and the community, the initiative seeks to mobilize the population together with societal actors in to control of mosquito infestation, Cuban health officials told the press.

Representatives of the Health Promotion and Disease Prevention Unit of the Cuban Ministry of Public Health have been calling on the public and specifically families, to join in the anti-vector drive.