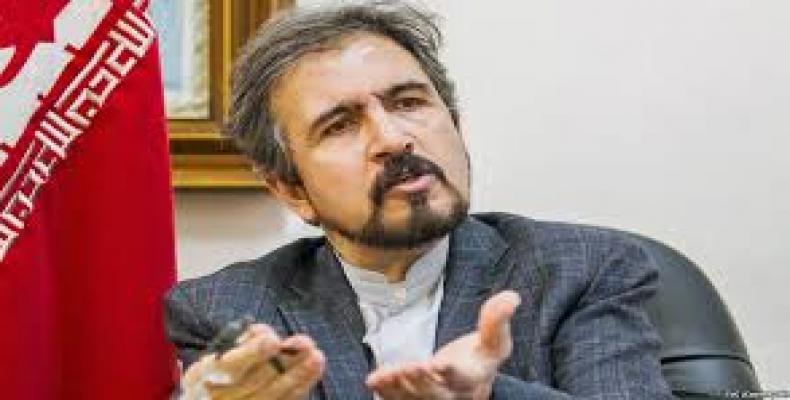 Tehran, June 23 (RHC)-- In the wake of U.S. President Donald Trump’s rollback of normalizing relations with Cuba last week, Iran has become the latest country to stand with the Caribbean island and its socialist government.

"The Islamic Republic of Iran rejects the new restrictions on Cuba and deeply believes that the global experience has proven the ineffectiveness of sanctions as a means of pressure against sovereign nations to weaken their determination," he stated.

The senior Iranian official also said he finds it "surprising" that U.S. politicians "have not learned the lessons of past experiences.”  Qasemi reiterated that Tehran's stance "is based on supporting the sovereign nations of the world, including Cuba."

Trump’s rollbacks include continuing the economic blockade on Cuba, tightening restrictions on business with companies linked to authorities in Havana, as well as prohibiting “people to people” travel to Cuba.  Other changes announced by the White House include the possibility of auditing all U.S. citizens who visit Cuba to ensure that they have not violated the sanctions policy.

Cuba has responded by calling Trump’s policy reversals as “doomed to fail.”  A statement published just hours after Trump's Miami appearance, says: “The Cuban Government denounces the new measures to tighten the blockade, which are doomed to fail as has been shown repeatedly in the past, and which will not achieve its purpose to weaken the Revolution or to defeat the Cuban people, whose resistance to the aggressions of any type and origin has been proven over almost six decades.”