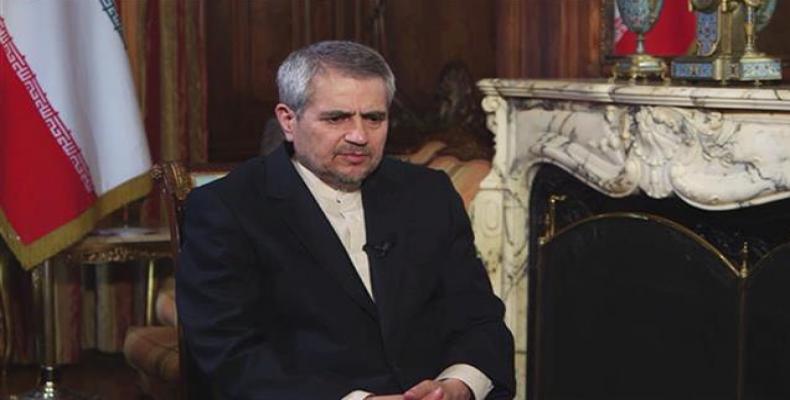 United Nations, January 5 (RHC)-- Iran's UN ambassador has condemned the U.S. support for protests in the Islamic Republic as "grotesque" meddling in the country's internal affairs and a violation of international law.

Gholamali Khoshroo made the remarks in a letter to the UN Security Council and to UN Secretary General Antonio Guterres.  The letter said that Washington "has stepped up its acts of intervention in a grotesque way in Iran's internal affairs under the pretext of providing support for sporadic protests, which in several instances were hijacked by infiltrators."

Last week, a number of peaceful protests over economic problems broke out in several Iranian cities, but the gatherings turned violent when groups of participants, some of them armed, vandalized public property and launched attacks on police stations and government buildings.