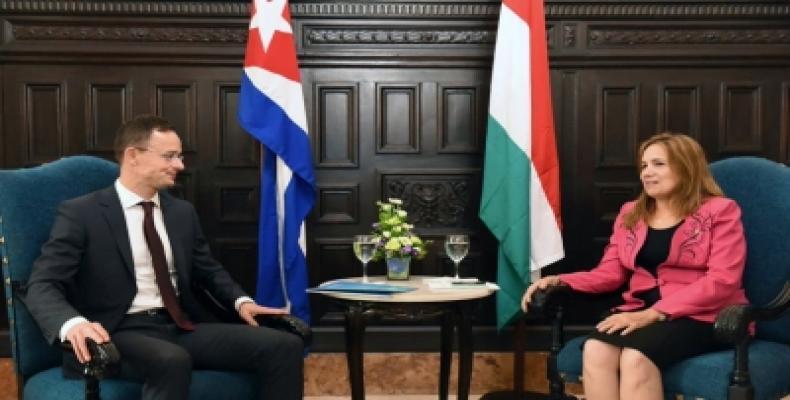 During the exchange, the top Hungarian diplomat expressed his government's interest in further strengthening bilateral links.

The Cuban legislator, for her part, urged strengthened relations between both countries' legislative bodies. She took the opportunity to thank Hungarian authorities for their constructive role in the new context of improved relations between the European Union and Cuba.

The Hungarian foreign minister further pointed to the good state of bilateral political relations, which he said are the basis for strengthening mutually beneficial economic, trade and cultural ties.

Prior to his meeting with the Cuban deputy parliament president, the Hungarian foreign minister was received by Cuba’s Vice President Ulises Rosales del Toro.

The two dignitaries pledged both their governments' commitment to broadening bilateral economic, trade and cooperation relations. They discussed other issues related to the international scene.