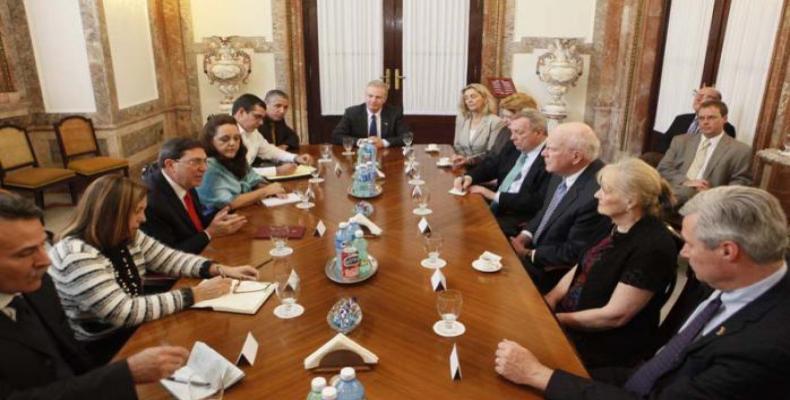 Havana, January 20 (RHC) –- Cuban Foreign Minister Bruno Rodriguez met on Monday with a group of U.S. congresspeople who visited the island over the weekend.

The meeting, during which the parties addressed issues of bilateral interest, was also attended by the general director of the United States Division at the Cuban Foreign Ministry, Josefina Vidal, and by the head of the Cuban Interests Section in Washington, Jose Ramon Cabañas.