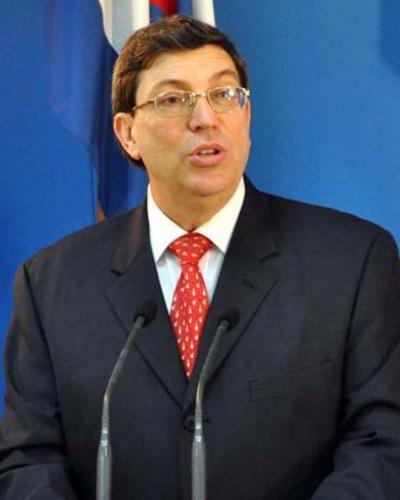 Havana, May 29 (RHC) –- Cuban Foreign Minister Bruno Rodriguez met on Thursday in Havana with a delegation of the U.S. House of Representatives who are visiting the island.

The visiting delegation is made up of Mark Sanford, Republican from South Carolina; Bradley Byrne, Republican from Alabama; Tom Emmer,
Republican representative from Minnesota, Earl Carter, Republican of Georgia, and Don Beyer, a Democrat of Virginia.

Earlier this week, the Cuban foreign minister met with a group of U.S. legislators from the House and the Senate, headed by New Mexico
Democratic Senator Thomas Udall.

These meetings addressed issues related to bilateral relations, including the ongoing process towards the reestablishment of full
diplomatic relations and the opening of embassies in Washington and Havana, as well as debates at the U.S. Congress on the lifting of the over-50-year economic, commercial and financial blockade of Cuba.