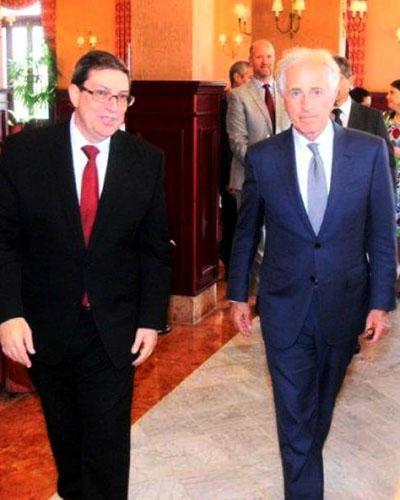 According to the Cuban Foreign Ministry website, Rodriguez and Corker discussed issues related to the current bilateral situation and others matters of mutual interest.

During his second visit to the island, the Republican senator from Tennessee was accompanied by U.S. Chargé d'Affaires in Havana, Mara Teckach.

Participating on the Cuban side were Director General for the United States at the Cuban Foreign Ministry, Carlos Fernández de Cossío, and his deputy, Johana Tablada de la Torre.