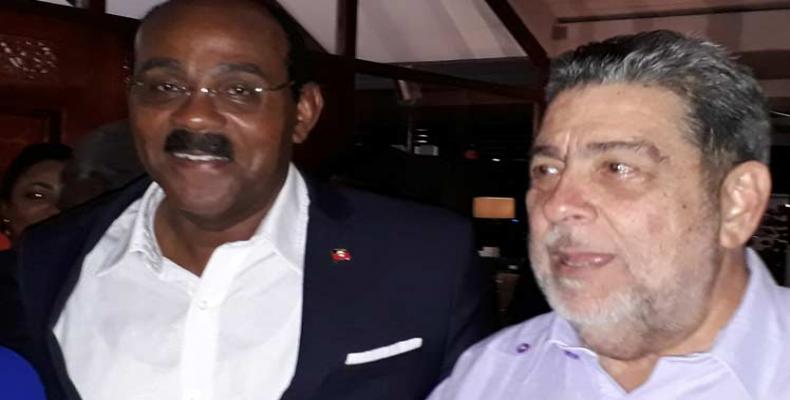 Saint Mary, Antigua and Barbuda, December 8 (RHC)--The Prime Minister of St. Vincent and the Grenadines, Ralph Gonsalves, has urged U.S. President Donald Trump to lift the economic blockade on Cuba, a demand that will be reiterated during the 6th CARICOM-Cuba Summit underway in Antigua and Barbuda.

Prior to the beginning of the event Friday, Gonsalves told Prensa Latina news agency that the heads of state on hand will send a clear and unanimous message to Trump.

“We will ask Trump to abandon this anachronistic piece of the past that is rejected by both, the Cuban and American people, “he said.

Gonsalves added that it is just about time that the U.S. president stops obeying the interests of imperialism most irrational elements, and Florida politicians, in an allusion to the Cuban mafia who is closely aligned with Trump.

In his remarks to Prensa Latina, Gonsalves recalled that he is the only sitting Caribbean head of State who has attended the six CARICOM-Cuba summits since their inception in 2002, and he asserted that the event´s discussions will equally promote useful cooperation in trade, disaster risk reduction, education, and healthcare.

Antigua and Barbuda Primer Minister, Gaston Browne, also told Prensa Latina that he was confident that the meeting between the Cuban president and the 14 heads of the states that make up the CARICOM will bring about a solid commitment to further improve bilateral and multilateral relations.

“We are honored to foment friendship and solidarity with Cuba, a Caribbean country with which we share common interests and challenges”, he stressed.