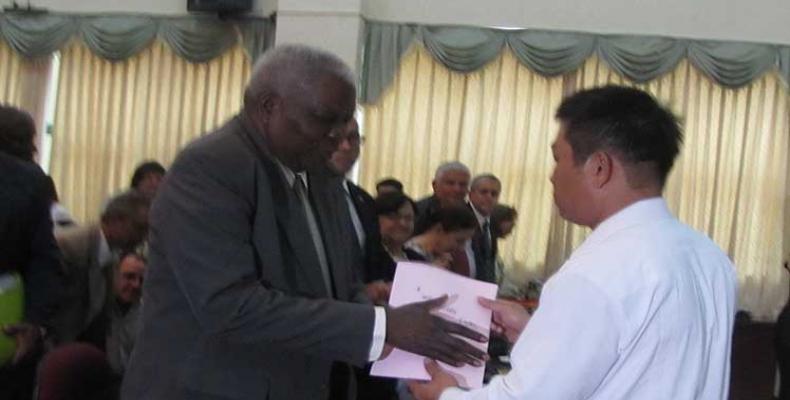 Hanoi, June 13 (RHC)-- Cuban Parliament President Esteban Lazo met  Tuesday in Hanoi with a group of more than one hundred Vietnamese graduates from Cuban universities in the most diverse fields.

Also on Tuesday, Lazo met with the President of the Vietnam-Cuba Friendship Association Trong Thi Mai, who pledged her organization's continuing support for the Cuban cause against the U.S. blockade policy and for the return of the portion of Cuban territory illegally occupied by the U.S. Naval base in Guantánamo.

The Vietnamese solidarity activist also committed to further strengthening friendship bonds between the Vietnamese and Cuban governments and peoples.