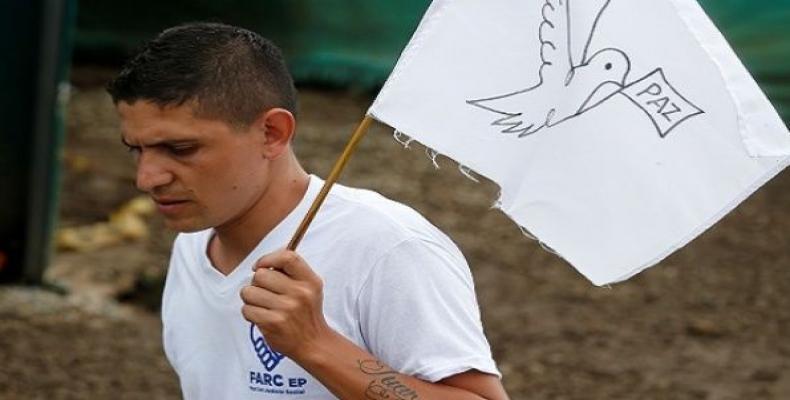 Havana, January 15 (RHC)-- Cuba and Norway, guarantors of the peace process between the Colombian government and the former Revolutionary Armed Forces of Colombia (FARC) have called on both sides to work hard on the sustainable implementation of the accords agreed upon in Havana, Cuba.

In a joint communique, both countries salute the report by UN Secretary General Antonio Guterrez on the UN Verification Mission in Colombia, which was debated last January 10th at the UN Security Council. In the report, the UN mission reflects the advances as well as the remaining challenges and obstacles to the full implementation of the peace accord.

During the Security Council debate, member states reaffirmed the important role of the UN verification mission, particularly in guaranteeing safety of the former FARC members, now a political party, and of residents in the areas affected by the armed conflict.