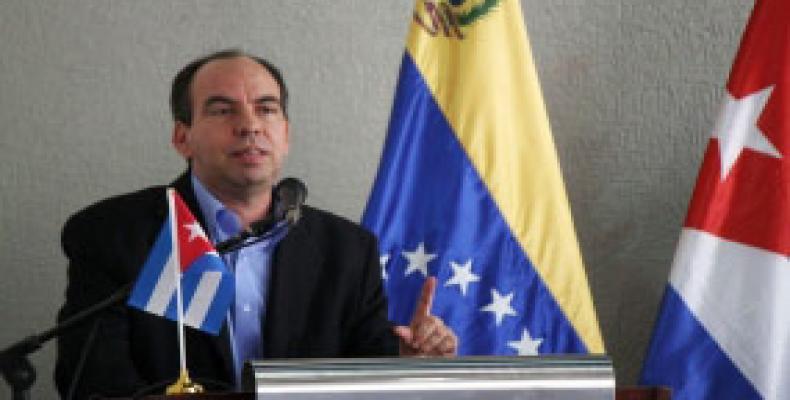 Caracas, January 16 (RHC)-- Cuban Ambassador in Venezuela Rogelio Polanco termed as strong ties between Havana and Caracas, and renewed his country's unwavering support for the South American nation against destabilization actions by right-wind sectors and their foreign allies.

Polanco commended the cooperation agreements signed between the two governments over the past several years as further evidence that despite economic difficulties much can be accomplished in terms of improving people's wellbeing with full exercise of their rights.

The Cuban diplomat again thanked the Venezuelan government and people for their support for Cuba against Washington's blockade policy.