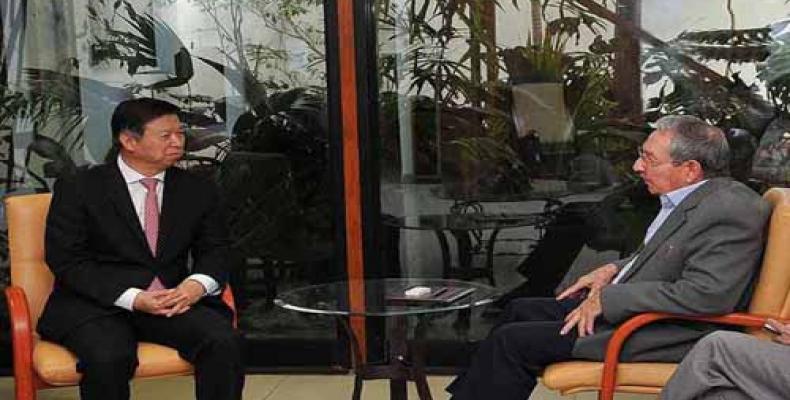 Havana, January 25 (RHC)-- Cuban President Raúl Castro Ruz met Wednesday in Havana with Song Tao, head of the International Relations Office of the Communist Party of China, who traveled to Havana as a special envoy of Xi Jinping, President of the People's Republic of China and Secretary General of the country's Communist Party.

The visit aimed to share information about agreements adopted at the recently held 19th Congress of Chinese communists.

During the friendly meeting, the leaders reaffirmed the excellent, historic ties that unite the two parties, governments, and peoples, as well as their interest in further developing relations.

Accompanying the visitor was his Excellency Zheng Xi, China's ambassador in Cuba, and additionally participating on the Cuban side was José Ramón Balaguer Cabrera, member of the Party Central Committee Secretariat and head of its international relations department.