Raul Castro Meets with Leaders of the Vietnamese Communist Party 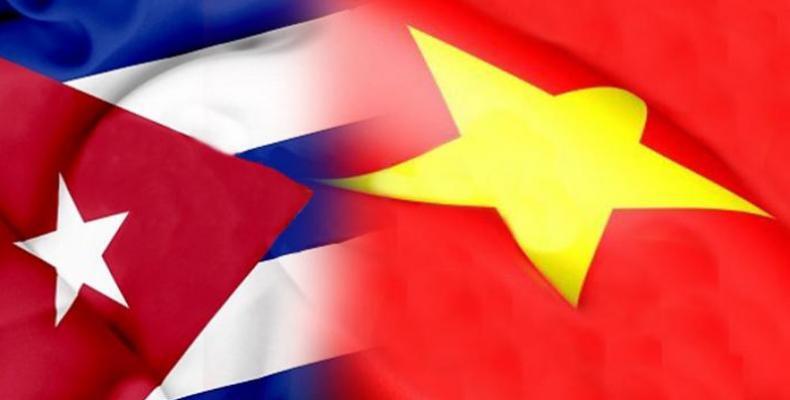 Havana, November 7 (RHC/ACN)-- Cuban President and First Secretary of the Communist Party Raul Castro met on Monday in Havana with the member of the Vietnamese Political Bureau and the Secretariat of the Central Committee of the Communist Party and President of the Propaganda and Education Commission Vo Van Thoung who is an official visit to the country.

During their encounter, both leaders talked about the excellent state of relations that unites the two peoples, Parties and Governments and ratified the mutual commitment to continue developing the ties.

Accompanying the Vietnamese Party leader, were its ambassador in Havana, Nguyen Trung Thanh, the Vice President of the Foreign Relations Department of the Central Committee of the Vietnamese Communist party Nguyen Tuan Phong and the General Director of the Middle East, Africa and Latin America, Phan Hai.

On the Cuban side, the Second Secretary of the Central Committee of the Cuban Communist Party, Jose Ramon Machado Ventura and second head of the International Relations Department, Jorge Arias.