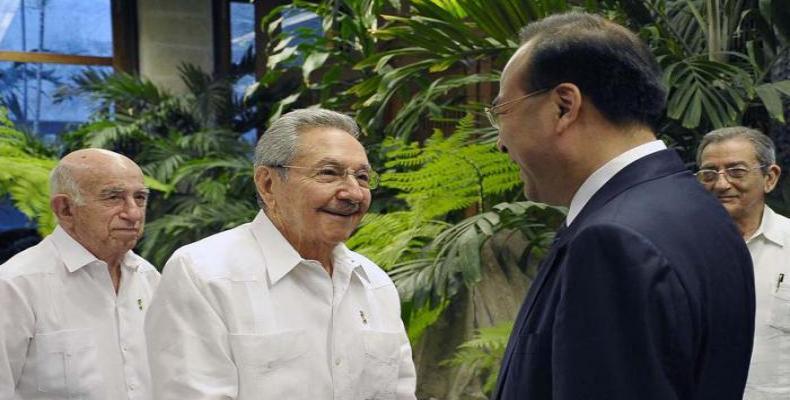 Havana, April 6 (RHC)-- Cuban President and First Secretary of the  Communist Party Raúl Castro met Tuesday in Havana with Sun Zhengcai, a politburo member of the Communist Party of China’s Central Committee, and Party Secretary in the Municipality of Chongqing.

The Chinese political leader briefed the Cuban president on the outcomes of the recently held 5th Congress of the Communist Party of China, specifically the social and economic objectives agreed upon during the summit meeting.

A major city in Southwest China, Chong-qing is one of five national central cities in China and one of four directly-controlled municipalities, the other three being Beijing, Shanghai and Tianjin.

Chong-qing is also the most populous Chinese municipality, and the largest of those directly controlled. With a rich history and culture, it is an economic and transportation hub and a major manufacturing center.

A 2012 report by the Economist Intelligence Unit described Chong-qing as one of China's "13 emerging megacities".