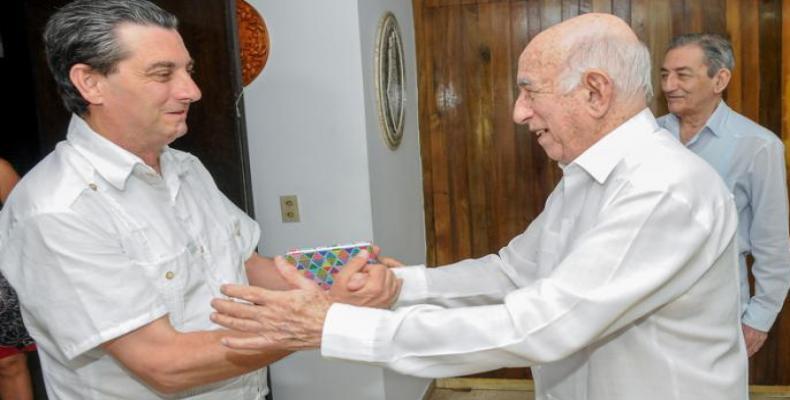 In a fraternal atmosphere, which characterizes the ties between the two political organizations, Machado Ventura briefed the Spanish visitors on the contents and strategic reach of the documents adopted during the 7th Congress of the Cuban Communist Party (PCC). He spoke also about the Cuban people’s efforts to boost the country's economic development under the current circumstances, marked by the persistent U.S. blockade, the impact of the global economic crisis and the effects of climate change.

The secretary general of the Communist party of Spain took the opportunity to reiterate the support of Spanish communists for the Cuban people's cause against Washington's blockade policy.   He underscored the validity of the ideas and actions of revolutionary leader Fidel Castro to present day social struggles.

The visiting Spanish delegation has carried out a packed program of activities that include attending the main event marking the 56th anniversary of the Cuban victory at Bay of Pigs, as well as meetings with senior officials of the Party, government, National Assembly of People’s Power and Young Communists League (UJC).

Spanish Communist Party's Secretary General Jose Luis Centella was presented with the Friendship Medal, granted by the Cuban Council of State on a proposal by the Friendship Institute (ICAP).

The Friendship Medal is in recognition of the Spanish communist's permanent solidarity with Cuba, and his strong activism in support of several causes promoted and defended by the Caribbean nation at both national and international levels.