Direct flights between Cuba and Guatemala soon to be restored 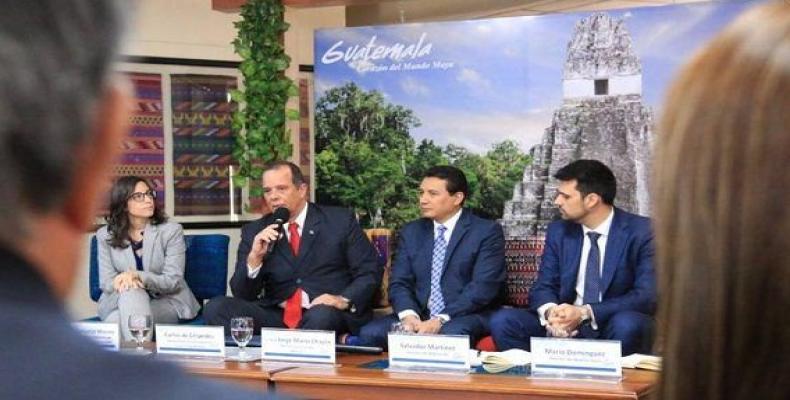 Guatemala City, March 2 (RHC)--The resumption of direct flights between Guatemala and Cuba will take place soon.  Salvador Martínez, Director of the Spanish airline WAMOS AIR, made the announcement  on Thgursday at a press conference held at the headquarters of the Guatemalan National Tourism Institute (INGUAT).

Present as well at the encounter with the press were Jorge Mario Chajón, general director of INGUAT and Carlos de Céspedes Piedra, Cuba´s ambassador to Guatemala.

The Cuban diplomat said the newly announced step will not only benefit the tourism sector, but also bilateral economic ties, health tourism, and collaboration.

Cuba and Guatemala have signed a Multi-Destination Tourism Agreement called "Playa-Maya" and more than 20 Agreements of different types.

During the press conference the Cuban Ambassador also highlighted the permanence of the Cuban Medical Brigade in Guatemala, which will soon mark its 20th anniversary. He added that its operations will also benefit from the resumption of direct flights with the island.

The resumption of the flights will start next May 29, with a weekly frequency with a round trip route of Madrid-Varadero-Guatemala City on Tuesdays on board a Boeing 747-400.