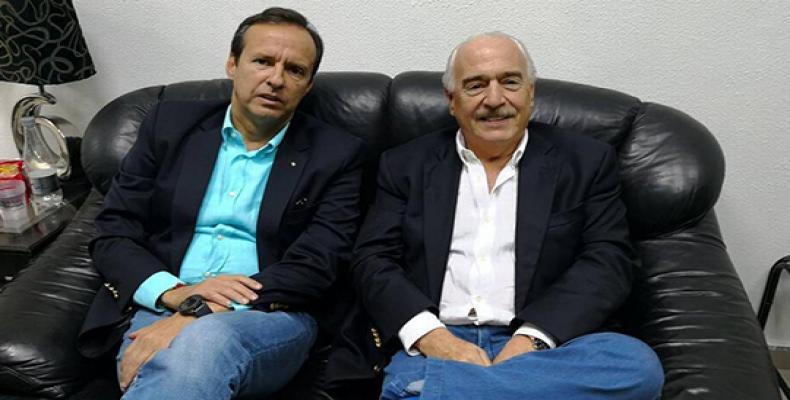 Granma newspaper reports that Andres Pastrana and Jorge Quiroga, former presidents of Colombia and Bolivia, respectively, flew to Cuba on Wednesday from Bogota to receive an award by counterrevolutionary organization Latin American Youth Network for Democracy, a group financed by anti-Cuba groups from Miami and Europe.

The paper recalled that the “award” has been designed to recognize former right-wing Latin American leaders who actively oppose progressive governments of the region and who subordinate themselves to the interests of the Organization of American States.

Granma added that Pastrana and Quiroga had been informed in advance that they would not be admitted into the country.

According to Granma, the two former presidents´ task was to test Cuban authorities’ determination and to stage a provocation, denouncing an “unjustified aggression” and “violations of their rights.”

The article concluded asserting that politicians and personalities who lend themselves to manipulations against Cuba will not be welcomed, nor can those who perform Washington´s dirty work, at a time the Monroe Doctrine is being dusted off, and efforts are made to destroy the progress achieved in favor of Latin American and Caribbean integration and unity.